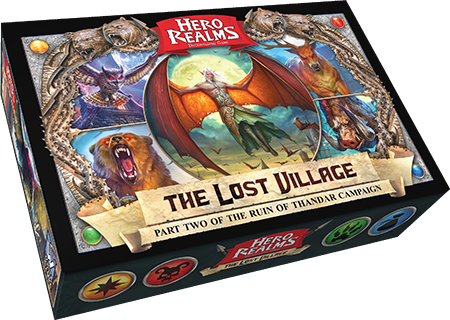 It’s dark when you arrive at the deserted village. Your party is weary, and a fog is rolling in. It would be wise to wait until morning to begin your investigation. But something pulls you forward… Draw your swords, adventurers. You’ve entered The Lost Village!

The Ruin of Thandar 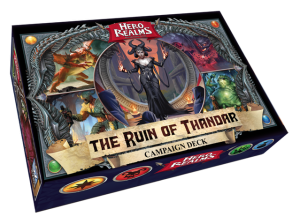 If you haven’t played part one of the Campaign yet, do that first! 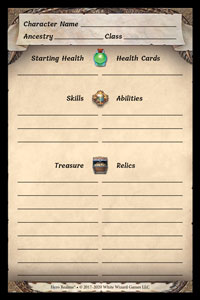 Use this form-fillable character sheet to track your progress in the campaign.

Sign up for our newsletter below to receive updates about future Hero Realms products, including Part 3 of the Ruin of Thandar Campaign.

The Lost Village is challenging, even for experienced Hero Realms players. These sections offer some some tips to help you on your adventure.

The emphasis of this encounter is a tough Master entering the players’ areas and smashing them. There are no minions among the Encounter 4 cards (although there are some among the setting cards), so cards that stun minions aren’t as valuable as normal.

While the Master is in your area, you’ll take repeated hits until he moves. The group should heal heavily injured players and Lure the Master onto players with more health.

Each turn, Maddened Boar has about a 50% chance of moving clockwise around the table. So if it’s fighting the player to your left, you’re safe for a while (assuming there are at least 3 players).

Similarly, when you Lure it to your area, there’s about a 50% chance it’ll move to the next player’s area on their turn

Don’t just use Lure to prevent the Master from pounding on a single player. It’s also a great way to keep it away from a player who has a lot of champions.

The Charging Bull charges into a player’s area, then retreats to the Master area, then charges again, and so on. This means that if it’s in another player’s area, you’re relatively safe – it’ll have to retreat and charge again before it can attack your area.

Since the Bull can’t move directly from one player area to another, a well-timed Lure can keep it off a heavily damaged player for a while. But remember, you can’t Lure a Master that’s in the Master area. You may only Lure it away from another player. 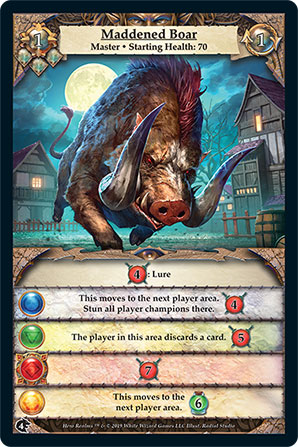 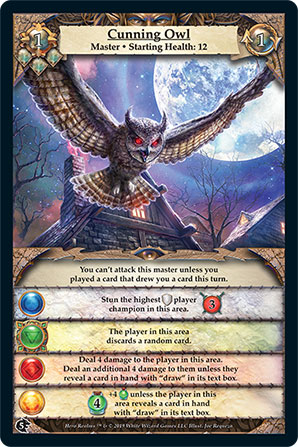 It’s important to keep the Infected Player in the game. Make sure they (or players nearby them) acquire lots of Wild cards to help keep the infection at bay. You should also prioritize healing for them, and possibly rearrange your seats before the encounter to keep them safe. (For example, put them next to the Cleric.)

Now that you have magic armor, pay extra attention to keeping your health total high.

Since each player starts with a Master in their area, it can be really hard to help each other. However, you can still work together to acquire cards from the Market that are helpful against specific Masters. Here are some examples:

It’s hard to help your friends during this encounter since having a Master in your area prevents you from attacking, targeting, and healing in nearby areas. Some cards like the Ranger’s Headshot are harder to use effectively, so if you have a chance to use one, don’t hesitate.

When you defeat your Master, if there are any Masters at the Edge of the Forest, a new one will enter your area at the start of your next turn. This means you have a short window – the rest of this turn – to help out a nearby player.

Not only can you spend combat to stun their minions or smash their Master, but you have the option of Luring their Master into your area. If you lure, at the start of that player’s next turn, a new master would enter their area instead of yours. This can be a useful trick to change the matchup that player is facing.

Swarming Rabbits can overwhelm a player quickly. Try to stun them all hastily. If you can’t take all of them out, it’s sometimes best to ignore them since the survivors will just bring back the ones you stun. On the other hand, it’s great to stun them right before the Master deck gets reshuffled.

If worst comes to worst and the Infected Player turns into The Beast, you’ll have to decide whether it’s worth trying to fight them off, or if you should mostly ignore them while you try to defeat Malvan. Sometimes it’s best to stun The Beast’s troublesome champions before directing your attacks at the Master himself.

Discard effects are generally weaker than normal against Malvan since there are no Masteries to get rid of and every card you discard brings him closer to his Level Up card. That said, they can still be a way to skip a nasty action, minion, or transformation. 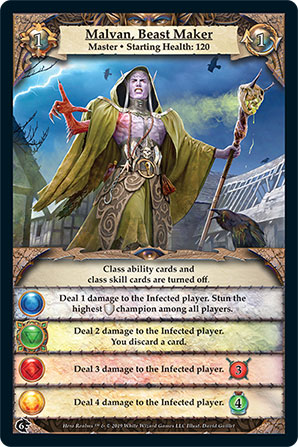 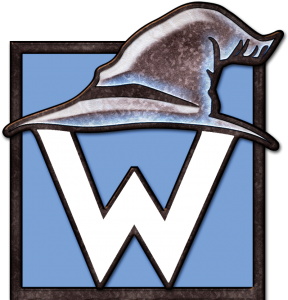 We use cookies to enhance your experience on our websites.OkAbout