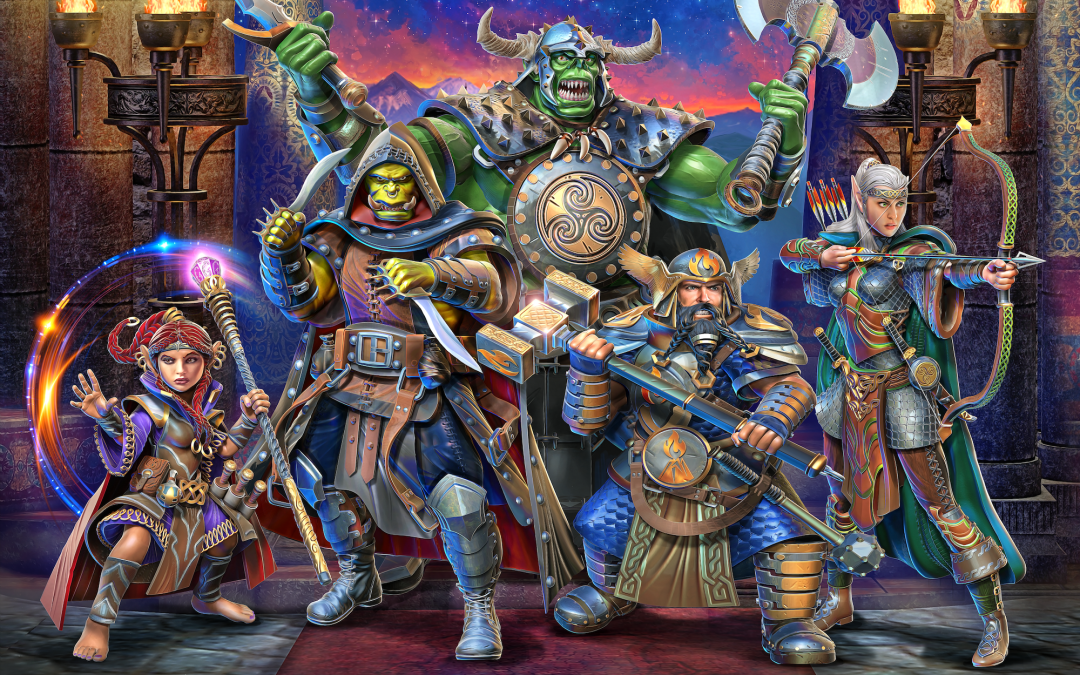 Before you trained as a Cleric, a Fighter, a Wizard, a Thief, or a Ranger, you came from somewhere. You had a family – a lineage.

Are you a proud Dwarf? A wise Elf? Maybe you’re a powerful Orc, a tough Ogre, or a wily Smallfolk?

Or maybe you’re a cunning Half-Demon?

You can be any one of those with the Hero Realms Ancestry Pack, which is part of the upcoming Hero Realms Journeys Kickstarter. (Which is coming soon – very soon.) The Ancestry Pack provides all the cards you’ll need to upgrade a starting deck with any of six races. It can be used in both cooperative and PVP games of Hero Realms.

We’re really excited to announce this expansion, which we hadn’t mentioned until today. It’s the secret “third thing” we’ve alluded to in our posts about the upcoming Hero Realms Journeys Kickstarter. That Kickstarter will encompass Journeys expansion packs, The Lost Village campaign, and this Ancestry Pack.

The Ancestry Pack is special because this is the second time we’ve created something to modify players’ starting decks. The first was the Character Packs, and those can definitely be combined with races from the Ancestry Pack. So you could play as – to name a few examples – an Orc Wizard, an Elven Thief, or a Half-Demon Cleric. There are literally dozens of combinations. Plus, you can also use races along with generic starting decks, if you want.

We should mention that the Half-Demon race is Kickstarter exclusive. So if you wait for the Ancestry Pack to hit stores, you’ll only get the other five races.

Now, some details! Each race has:

I can’t spoil everything right now, but I will tell you a little bit about each of the races. Each one has strengths and weaknesses, making them even matches against each other or against a standard human deck.

Want more details? Want to stay up-to-date on the campaign, and find out when it’s live? Subscribe to our newsletter, follow us on Kickstarter, and follow us on Facebook. (And don’t forget about the Be A Hero Campaign, where when you sign up for our newsletter, we donate a game to a children’s charity!)