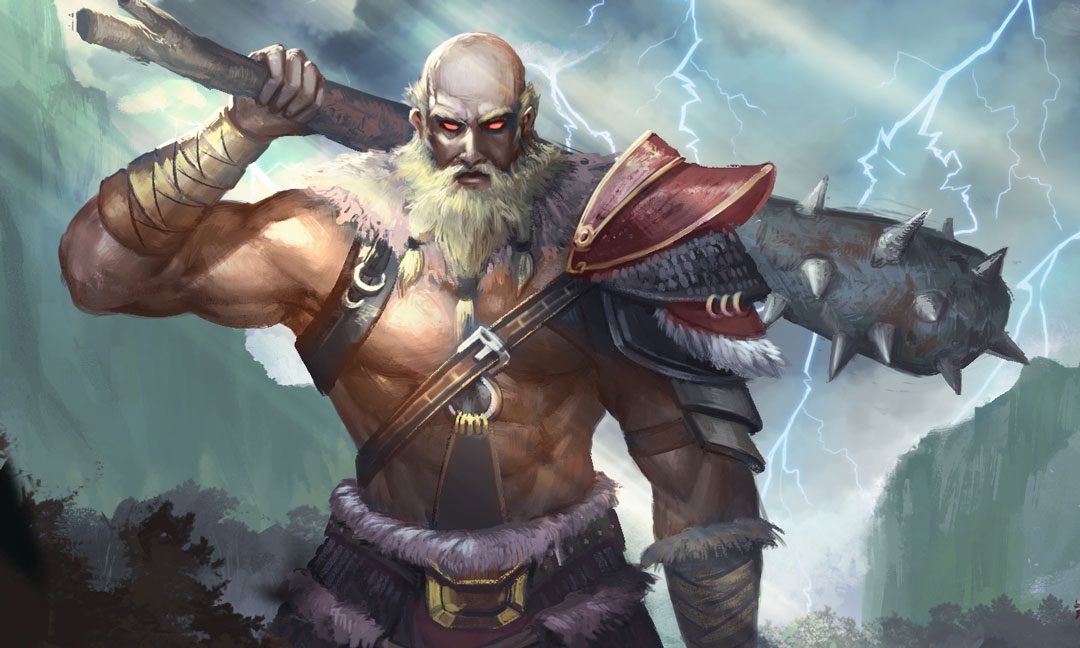 The four factions of Hero Realms each have distinct gameplay styles. I feel that they are balanced against each other very well, giving players a variety of ways to defend their realm and win the game. This means your decisions about which deck to try to build can come down to personal preference rather than “which one is best.” Yes, sometimes the Market will make these decisions obvious. For the rest of the time, you can build what you want.

This article will highlight the strengths and weaknesses of the four factions, describe their ideal play style, and suggest faction combinations that might work well for you. First, we will start with some math.

Doing The Math, So You Don’t Have To

Hero Realms is an easy game to get into and start playing. But knowing the math of the game is a powerful tool to get ahead. Here is a breakdown of the champions in the game, broken down by faction, followed by analysis for each faction.

Experienced players will note a couple of glaring weaknesses in the Wild champion pool. First, only one champion card provides gold at all. While Broelyn, Loreweaver is a great card and a great value at 4 gold, there is only one of her in the deck. Wild also only has four action cards in the Market Deck that provide trade. To really take advantage of Wild’s unmatched late-game pool of champions, you really need to add trade to your deck early. Both the Imperial and Guild factions excel at this. 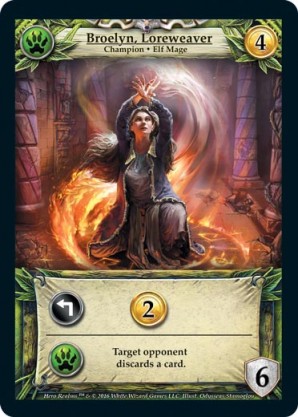 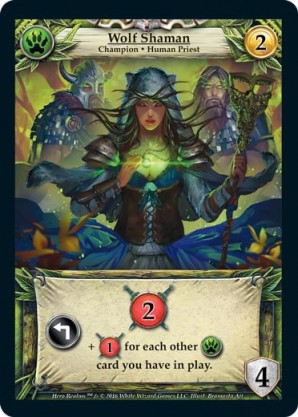 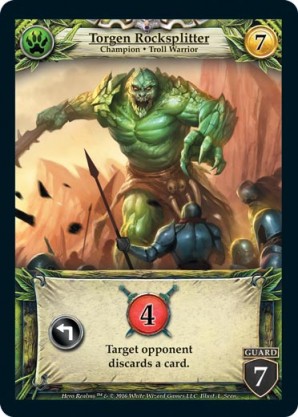 Finally, it is important to note that almost all of Wild’s champions have ally abilities. (Wolf Shaman basically has one. Torgen Rocksplitter is the only one without.) If you are going into the Wild faction, it really benefits you to stay in faction as much as you can, once you have picked up a couple of cards out-of-faction to shore up your faction’s weaknesses. Key out of faction cards to pick up: Recruit and Bribe. In my play group, Recruit is usually easy to collect as the Imperal player would usually rather buy Taxation. Either way, these two common cards — three copies of each in the deck — should help you get into the late game in a good position. 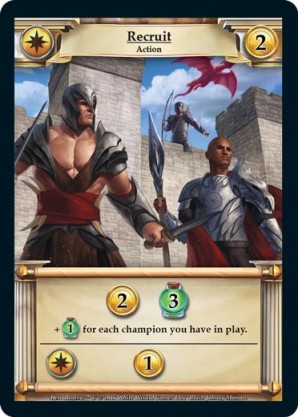 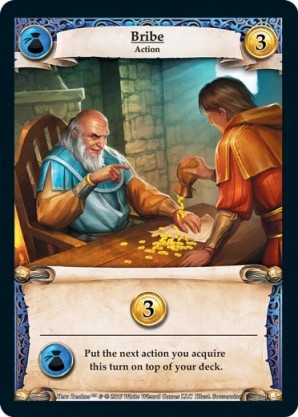 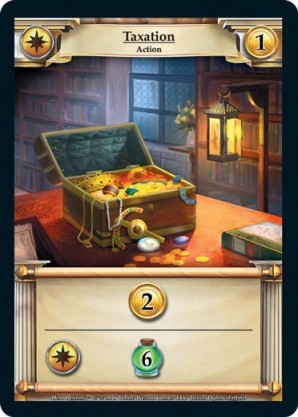 Guild: Lots of Gold, But No Defense

The Guild has no early Guard champions at all, and only three in the entire deck. While the Guild can dish out punishment — Rake, Master Assassin can stun anyone at all — it isn’t very good at taking it. They have no in-faction health gain, either.

The Guild has some of the biggest effects in the game. Most of those great effects are on action cards, however. There is no question that Smash and Grab, Hit Job, and Fire Bomb are all potential game-winners. But how do you survive long enough to use them? There are two good options. 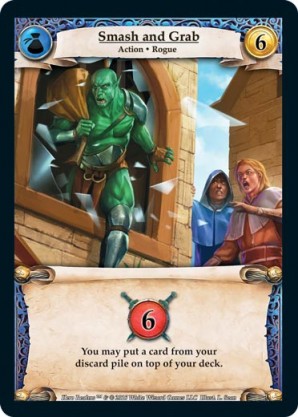 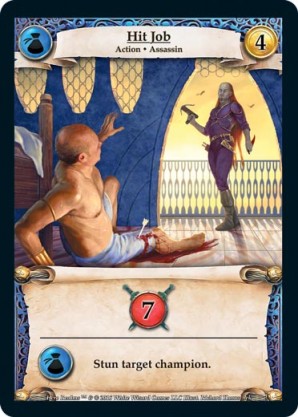 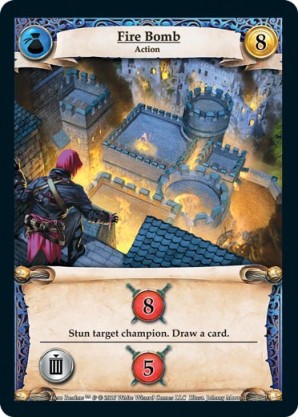 You could do what criminals have done to survive for centuries: get close to those in power. Pairing the Guild with the Imperial faction will allow you to gain some health and, importantly, get some early Guard defense into play. Or, you could take the Guild to a dark place, and pair with the Necros. Their low-cost champions provide good stats even without allying.

Removing starting cards from your personal deck is a theme that is shared across many deckbuilding games. Similar to the Machine Cult in Star Realms, the Necros faction is the only one in Hero Realms that will allow you to “thin your deck.” Since the cards that start in your deck are worse than anything you can buy in the Market, each one you remove means your deck is that much more efficient. (Note that if you are playing with the Character Packs this isn’t quite true, but certainly the Dagger and Gold cards can get dropped without any bother.)

Knowing which cards to sacrifice, and when, is a skill that is developed over time. In some games, you will want to remove your Gold as fast as possible. In other games, it will be Daggers that get dropped first. It really depends on the state of the Market, which cards your opponent has purchased, and how many more cards you need to purchase. There is no simple formula for this; it is a feeling that you develop over time. For that reason, I tend to encourage players that are new to the genre to stay away from Necros.

If you are going to walk the dark path, know that your champion cards are literally the middle of the pack. Not too expensive, not too weak, not too faction-specific… but not that amazing until you get to the midgame and cards that cost 5 or more. Getting to the midgame can be done through stealing some of Imperial’s cheap actions, or some of the Wild actions. Elven Gift is amazing for the Necros, as you have no problem with discarding a card that you are about to sacrifice anyways!

Imperial: Cannot Be Beat Early, But…

All empires fall; this is true for the Imperial faction. But before they fall, things look great! So much authority-gain and cheap defensive champions mean that even an all-out aggressive start shouldn’t trouble you much. As you can see from the chart in the start of the article, the Empire has the most early defense and the most early Guards by far.

The Imperial faction is a great choice for players who are low-risk, low-reward. You’ll never lose quickly by playing with these cards. That is a great place to start, but then what? Imperials can get to the late-game, but what do they do when they get there? 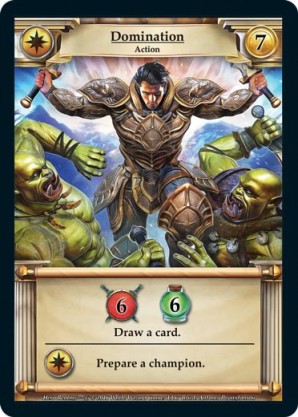 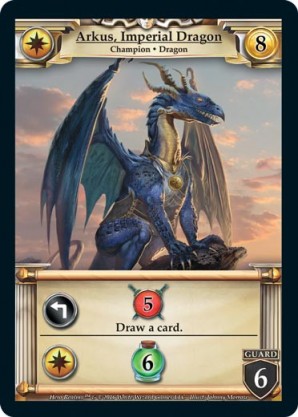 Domination is an excellent finisher, allowing you to use one of your champions twice while drawing a card, dealing 6 damage and healing 6 health. Imperials also have the champion with the best statistics in the game, Arkus, Imperial Dragon. That dragon has 6 defense, heals you for 6 health (on an ally ability), deals 5 damage, and also draws you a card! It’s crazy good! But those two cards are it. If they do not show up in the Market, you need to have a backup plan.

It might seem strange, but the Wild might be the best option to pair with the Imperials. Avoid the ones that need allying (unless you grab 5 or more Wild cards). But Rampage, Wolf Form, Torgen Rocksplitter, and Grak Storm Giant are all likely to remove whatever defenses your opponent has in play, each time you draw them. While Grak’s ally ability is solid, you don’t need it to find success. 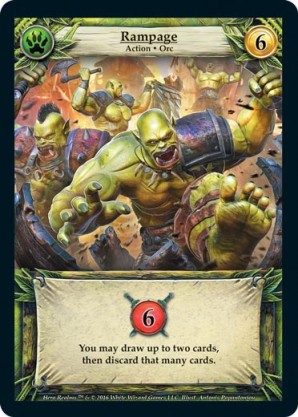 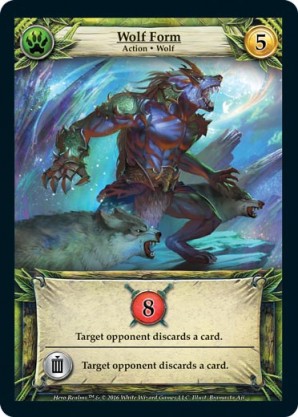 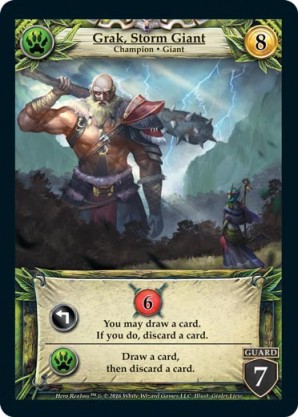 If you are going to build to a Wild late-game, it doesn’t hurt to pick up other green cards throughout the game. Planning ahead is always a good idea, but it is essential for the Imperials. If you don’t have a plan, you are stuck hoping Arkus or Domination appear in the Market.

Now is a time for heroes! But which hero will you be? The smart ones will plan ahead, and play to their personal strengths as a gamer. Hopefully, this article showed you a way towards finding a faction to make your own.

Andrea Davis is an award-winning designer and producer. She has designed Star Realms promos, Hero Realms Boss Decks, and cards for Epic Card Game. Andrea is currently pursuing a Master’s Degree in Game Design and Development at the University of Limerick in Ireland.